Since the new year started, I’ve been setting aside an hour each day to focus on improving one skill each month. This month it’s perspective. I’ve been using a book that Jesse Hamm recommended called Vanishing Point, and like Jesse I think it’s probably the best book written on perspective that I’ve come across. It’s very simple and direct in it’s instructions and while I was already familiar with a lot of the basics, I’ve made myself start from the beginning and do the exercises in order.

I think the biggest thing I’ve learned so far has to do with my own working methods. I am extremely impatient when I work and I tend to want to cut corners drawing. Which is fine if you’re a seasoned professional with years of drawing and understanding under your belt but for me it just ends up tripping me up. Basically, you can’t take shortcuts until you actually know where you’re going.

Think about it, if you were in a unfamiliar city and following directions to someone’s house, would you take what you suspected to be a shortcut? Probably not. If you did you might get there ok, but you’d likely get lost and the trip that was only suppsed to take ten minutes could take a lot longer.  Once you know the city you’re navigating you’ll probably figure out quicker routes than your directions.

There’s actually a number of shortcuts you can take when drawing in perspective like this method for finding vanishing points way off the page, or even using a program like Google sketchup to build your backgrounds or grids. However if you don’t actually have a firm grasp on perspective I contend that it will actually take you longer using these shortcuts then if you just sat down and made yourself learn how to get there the long way first. I’m coming to believe that mastering something is just a matter of having the patience  to sticking to doing it the hard way. THEN it gets easy.

Every time I’m having problems drawing something I write in the corner of my drawing “BE PATIENT” to remind me to take my time and figure it out. It saves me time in the long run. It seems self-evident but I’m a hard headed guy:)

No really, you do. You totally suck. You’re not excellent, you’re not good, you’re not even competent. You suck. A lot.

Truthfully, you suck less than you used to suck. Look at this drawing from over a year ago:

It sucks. BUT this drawing from a month ago?

I have a comic coming out from Oni in January: 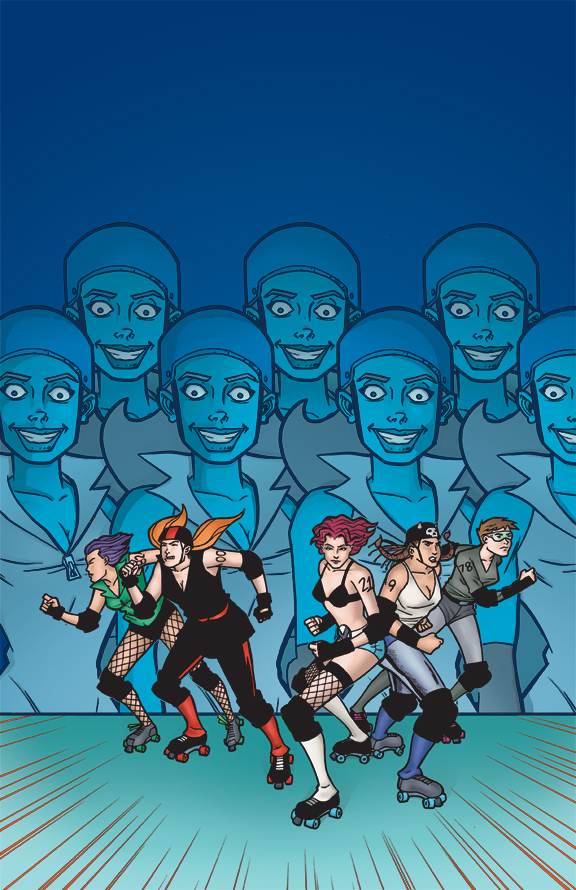 Goodie Two-Skates is missing! And who are these new skaters–the freakishly perfect freshies that have suddenly shown up? The Wheels of Justice have to find Goodie and get to the bottom of this mystery before Nationals, or the Icy Blonde will succeed in corrupting the team forever!</font>

In Marvel Comics there is a group of bad guys called the Circus of Crime. It’s basically a Circus with a ringmaster that can hypnotize people, a strong guy that is strong, a snake lady that controls snakes, and a clown that looks like pedophile(pretty much your standard clown)  Somehow they run a successful circus in and around New York City and they rob their patrons. Here is a miscolored picture of them:

There is a trend in comics for opposite versions of the hero or groups like the Fantastic Four has the Frightful Four and the Justice League has the INjustice Gang so I figure the same should follow for the Circus of Crime.  Except my opposite number for the CoC would be a little more modern and uh more french.

They will bore the crime right out of you! 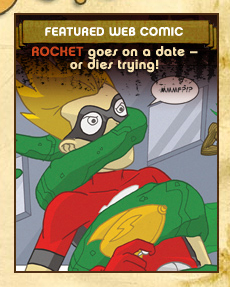 I have a short comic up at Myspace Comic Books.

It’s a story co-written with Josh Smeaton and art by me starring our character Rocket.

It’s a Myspace exclusive and it’s entitled“The Boy With The Thorn In His Side.” Check it out! 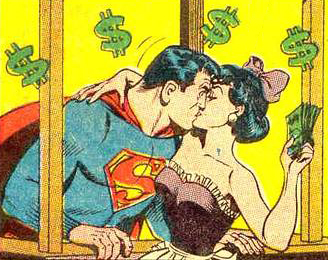